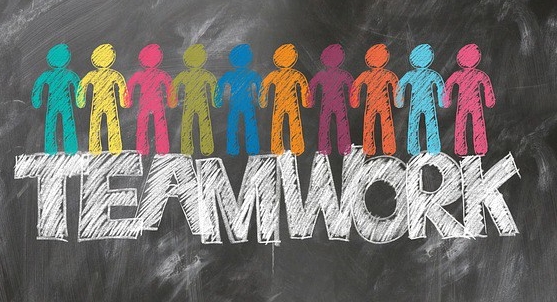 “After they arrived at Capernaum and settled in a house, Jesus asked his disciples, ‘What were you discussing out on the road?’ But they didn’t answer, because they had been arguing about which of them was the greatest.” (Mark 9:33,34 NLT) Even the disciples had a problem with significance. Significance is that desire that says, “I am important, I am valuable, I have worth.” It wasn’t enough for the disciples to be part of a hand-picked intimate group of the Messiah’s. They reverted to comparing themselves to prove who was the best to satisfy their desire to be valuable.

It is part of our sinful nature to search for significance apart from God. The disciples forgot they were very important to their master who cared deeply for them. What the teacher thought of them was more important than what they thought of each other. Pride got in the way. If each of them had focused on what Jesus had called them to do and that they were part of his inner circle, I believe they would not have argued over who was greatest.

What makes a believer worthy is being part of the body of Christ. We have been given a very important task of furthering his Kingdom. Just like the disciples, I think I forget the importance of my task. I have been ingrained by society what jobs/roles are significant. Even our Christian culture gets off track at times placing importance on the wrong things. I felt pressure as a young mom to raise perfect Christian children who always obeyed. I worried about what other Christians thought of my child raising skills. Part of my significance came from being a good mom.

Unfortunately, my children didn’t obey very well starting in high school . My children, my husband and myself were subject of gossip frequently in our Christian circle. I was mortified. I didn’t think very highly of myself as a result. I look back and I know that part of my issue was worrying too much about their outward behavior because that was how they were judged. I forgot that my children were part of the great commission. I forgot to see them as my mission field, not a way to find my worth.

I must remember the task God has given me as a believer is crucial to him. Believers have been granted the greatest job on earth by their creator. No matter what roles I may hold in my life, his commission is monumental. Do I value the task that God has given me? Do I look at those around me as part of his harvest field? Honestly, I struggle to grasp this truth to the depths of my soul. But God is working on me! I’m so thankful to him.

I know when I focus on that truth, I begin to see others through his eyes. I try to see my grandsons as my ministry. It is easier because my parenting abilities won’t be judge by their behavior, but I also know that shaping their heart for God is more important than what others think. At least I hope I have learned that!

I also look at fellow believers as part of God’s team, my teammates. It doesn’t matter to me what they look like, what color their skin is, what denomination they belong to, or how much stuff they have. We are working toward the same goal. I am excited to be part of Christ’s team. I have an important job to do. Therefore, I am significant, I have been given the great commission by the master of the universe! So, have you. You are valuable. Don’t forget it. Let’s work together toward furthering His Kingdom.